On Thursday November 27th 2014, I arrived at the class at the Continuing Studies Department in Room 5 for what I assumed would be the last class for the semester. Instead, when I arrived, the long anticipated In-Course Test was in full swing. And I was late!

I strangely, did not feel shocked or surprised. I quickly grabbed a Paper, whipped out my pen and started the test.

The Test was a combination of Multiple choice with short answer Questions. These Questions were answered on the Question Paper itself. Surprisingly, all the material was based on the Projects we’d researched and presented in the Class.

I suspect the reason for my calmness was because of how Mrs. Howell-Williams taught us via interactive activities and presentations (Brown University, 2014). I quickly answered her questions without hesitation. I was even more pleased when I saw our Project grade for our first Assignment.

Overall, Mrs. Howell-Wiliams classes were enjoyable and I hope to pass he course as well.  Over the weekend I plan to finish the design of my presentation for the Journal of my Reflection, themed “Lindsworth Deer’s MICO Wars: The Teacher Force Awakens” inspired (MovieCLIPS Trailers, 2014) by the “Star Wars: The Force Awakens” Trailer.

On Tuesday November 20th 2014, I came to school early. I met Mrs. Howell-Williams in persons eventually and explained to her that I had to attend. The speaker, CEO of Entertainment Arts Research Interactive Dr. Joseph Saulter, had read a proposal for a Samsung sponsored Competition to promote Video Game Development in Jamaica. 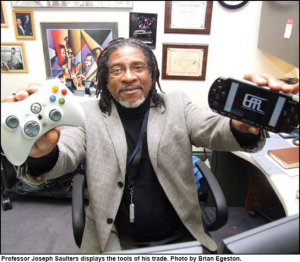 I felt excited that I had gotten this opportunity. I too Mrs. Howell-Williams advice and went home and changed into more appropriate attire. When I went to the function, it was in a small room upstairs.

He spoke on Jamaica’s earning potential in Video Games. He also made sure to mention how a Jamaica could break into the Video Game Design World and make money (Deer, 2014).

I realized that he wasn’t going to be the one to put forward any money to develop Video Games. However, based on his feedback about my proposal, he sounded very interested in the idea of a Video Game competition and pledged his support.

He advised me to make sure do the proposal with a Cost Analysis and also reformat it and suggest it to other companies as well. Samsung may not be interested, but other might. I resolved to finish the Proposal, send it off to Samsung and follow his advice.

On Thursday November 13th 2014, I came to class at the Continuing Studies Department in Room 5 after having survived a disastrous presentation from Fundamentals of Literacy a day prior. 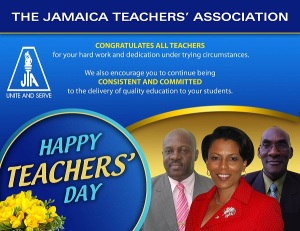 I felt relieved as I was expecting some positive uplifting activity to end the week on a cheerful note. I wasn’t disappointed.

While in the classroom, Mrs. Howell-Williams told us to bring our Journals with the reflections we’d been keeping for the Next Class. I’d been faithfully keeping in a small notebook, so I was always ready for this day.

The activity shed details on Teaching in Jamaica, it appears we have some ways to go before Teaching can be regarded as a true profession.

Based on my notes, I resolved to do my reflection and mo research into Teaching as a Profession. I also realized that if I was to become a true Teacher, I’d have to learn more about becoming a Registered Teacher as well as membership (Jamaica Teacher’s Association, 2014) with the JTA.

On Thursday November 6th 2014, I came to class after spending nearly all the day preparing for yet another presentation. This time it was an advertisement about ourselves. I was thus quite dismayed when I came and no such presentation was required. 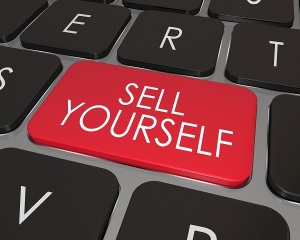 I was quite upset as Navadeen, a fellow classmate whom I’d met in the E-Learning Lab, had spent a considerable amount of time preparing our presentations. Now we were being told that it would be done next week!

The rest of the class was spent on the topic of evaluating the expectations of a Teacher as an activity involving Cartridge Paper and doing a Content Map. It was quite interesting, especially as it drew upon the presentation from the week before, making the discussion very relevant.

I got the chance yet again to present, thereby improving my presentation skills. I was a bit nervous but unlike the last class, I didn’t go off on a tangent (Kemp, 2013) and I stayed true to that which I was presenting.

I felt I have been slowly improving my presentation and Public speaking skills. However, this is a small audience of classmates. I’d love to do the same thing in front of a larger group of strangers (Aakash, 2013).

I still had my advertisement simmering on my mind and thus resolved to improve it some more come the next class.

On Thursday October 30th 2014, I arrived at the Continuing Studies Department in Room 5, a hive of preparation. My fellow classmate was in their groups getting ready for their presentation, As usual Mrs. Howell-Williams was late. Time for a quick meeting with my group! 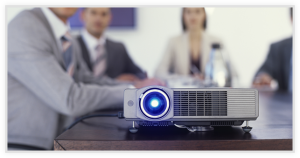 I was feeling nervous as we had only begun preparations for the presentations two (2) days ago. Worse, the group before us wasn’t ready, forcing us to do a quick, impromptu presentation, which added to my nervousness, as I had a slight fear (Lamont & Groskop, 2013) of Public Speaking.

But thankfully, because we had most of the material in our heads, we made a valiant effort. The team pulled it together and delivered our presentation, despite a few presentation hiccups. These included having a slideshow but no skit as we’d planned on Sunday October 26th 2014. Also, we hadn’t included one of our team members in the presentation, resulting in Mrs. Howell-Williams chiding us about (Caruso & Wooley, 2008) teamwork.

Other had more elaborate presentations involving skits and Videos; our got to the point and thus appeared to be boring by comparison. We were quizzed by Mrs. Howell-Williams, for which we had prepared, but stumble on the issue of us working as a team.

Due to this stumble, we resolved to work more closely as a team on the next upcoming Projects. The focus was on completing the written report for presentation by next week. Full speed ahead!