Blu has yet another smartphone for Jamaicans to drool over; the US$120 Blu Life Max.

Announced and launched in November 2016, the Life Max puts Blu firmly back in the spotlight with a design that rivals (Pelegrin, 2016, December 21) the Galaxy Note 4. It has the same metal borders faux leather back covers and faux leather back but oddly enough comes only in Dark Blue. 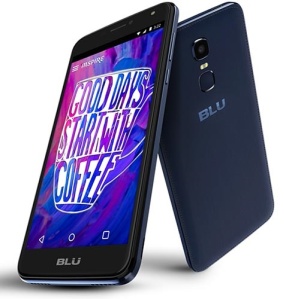 The ultra-cheap Blu Life Max manages to beat the street in terms of performance. It runs Android 6.0 Marshmallow on a Quad-core 1.3 GHz with graphics support from a Mali-T720 GPU and a Mediatek MT6737 Chipset. All of this OS goodness floats on 2 GB RAM with a very generous 16 GB of internal memory that expandable to up to 64 GB with via the microSD card slot.

Blu Life Max – A Camera by any other name

The camera rounds off its good looks with a decent 5 Megapixel front-facing camera and an 8 Megapixel Rear-facing Camera with a fingerprint sensor sits below the rear camera.

Both the 8 Megapixel rear-facing and the 5 Megapixel front-facing camera features a LED flash. The 8 Megapixel camera manages to pick up the slack by sporting autofocus, Geo-tagging, touch focus, face detection, HDR (High Dynamic Range) and the ability to shoot 1080p at 30fps.

Blu and their Battery – 30 days standby but bad charger design

Blu seems to be taking it bad design cues from the Huawei Y360 (Deer, 2016, July 28) by placing the charging port at the top of the phone instead of at the bottom.

Surprisingly, on average, the Blu Life Max will give you up at least three (3) days with standard usage and over thirty (30) days on standby.

My fellow Jamaicans, if that doesn’t win you over, the US$120 Blu Life Max in store come with a screen protector and case; clearly Blu’s turned up their marketing game, as these are not typically sold by other smartphones makers. 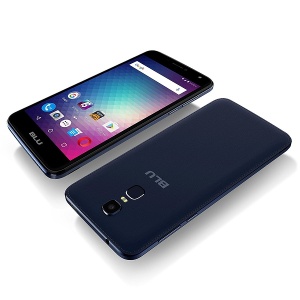 It’s often said that good guys finish last when it comes to women and that women like the men with the edgier, grittier characteristics i.e. the rebellious Rastafarian who defies society. But who eventually get the good girl in the end?

Altruism literally means sacrificing one’s own personal pleasure or comfort to please others, even to the point of this selflessness costing one’s own life and position in society. This can take the form of giving up the last meal you have, your home to someone who is in need, jumping in front of a vehicle to save someone knowing death or personal injury is certain or even giving blood knowing that it’ll weaken you.

Altruism may play a part in the long-term survival of mankind, as doing thing without expecting financial reward can help us survive global calamities.

It is often seen as a sign of bravery or chivalry to self-sacrifice in order to please women. This may take the form of spending your last money on them buy in them gifts and other tokens of esteem despite knowing that there may be no chance of ever being with them.  There is even evidence of altruistic behaviour in animals, often protecting other animals and humans at risk to themselves.

Men often compete with each other to demonstrate higher levels of altruism, often by making large financial contributions in the eyes of the public that would make it appear that they had sacrificed a great deal of their comfort or status in life.

Research into Altruism – Give selflessly and get more sex

Research suggests (Arnocky, 2016, November 15) that we as humans are drawn more to people who are altruistic. Previous research suggests that altruism originates in the posterior superior temporal sulcus (DNews, 2013, August 15), the part of the brain related to social relationship with other humans; this area has more brain activity in altruistic people than non-altruistic people!

Researchers conducted two sets of studies to establish a link between altruism and sexual attractiveness.

In one study they had undergraduate men and women completed an altruism questionnaire (involving questions like “I have donated blood”), along with a sexual history survey. They also did a personality inventory so as to account for certain personality characteristics. This was to determine if having a specific type of personality such as being extroverted, was a determining factor towards someone being altruistic and hence experience more sexual activity.

The researchers discovered that people who were more altruistic based on the survey were more desirable to the opposite sex, as they had more sexual partner. This man that they had more encounters of casual sex and had sex more often with these encounters. Altruism also matters more to men’s sexual attractiveness than women; women after all, are judged by men on physical attractiveness not self-sacrifice.

Good to note here that the claim of multiple sexual encounters was not statistically significant once personality variables were taken into account i.e. introverts vs. extroverts as per modes based on literature. They also adjusted for the 13% to 26% variance in sexual behaviour models, to account for dishonest claims, again affected by personality variables and the tendency for some personalities to not tell the truth.

This as in most global cultures, men traditionally tend to over-report on their sexual performance, as this makes them look good in the eyes of their peers while women tend to under report, fearing that they’ll be perceived in a negative light.

Thus, in their second study, researchers gave the participants in the first study a chance to enter a draw for chance to win US$100. They were then given a chance to keep the winnings or donate it to a charity of their choice. Participants again were required to report their sexual histories, do a personality measure designed to measure their level of sociability and narcissism.

So in summary, once you are altruistic, you will have more sexual partners over a year, be they casual sex partners as well as lifelong partners. So what does this mean for the typical Jamaican on the dating scene (Deer, 2016, March 8)?

Altruism and the Jamaican Dating Scene – Give her a Pet, gifts will win her heart

It means you can get women by giving away more of yourself, not necessarily money.

A very cost-effective way to demonstrate altruism is by owning a pet, such as a puppy or dog, adopted from the Animal Shelter, the JSPCA (Jamaica Society for the Prevention of Cruelty to Animals). This will win many a girl over, as many are being euthanized (Brown &  Tomblin, 2015, July 13) as the JSPCA is still in a search for a new home (Tomblin, 2015, June 5).

Aside from given her gifts, given your girlfriend a pet taken from the JSPCA is also a great way to connect to her, as not only demonstrates that you like her, but also that you display love to other creatures that cannot defend themselves.

The great take away from this study is that it provides an excellent way to screen potential suitors on a dating website (Deer, 2016, March 8). If you’re looking for potential suitors, look for those persons willing to give you not only their time (Deer, 2016, November 27) and money but also selfless sacrifice themselves for others e.g. participate in charities, donate blood, teach children for free on the weekends or own lots of pets or adopt a lot of children into their household.

Money isn’t the only factor that increases attractiveness in the eyes of women; self-sacrifice makes you more sexually attractive to women.

The BLU Life One XL was launched back in January 2015, so it’s not the latest Blu smartphone. In fact, it’s a very basic but fairly advanced and upgradable smartphone at a US$200!

Blu Life One XL is easily accessorizable with its all metal finish and comes in the following colours:

The OS is a bit dated, as it runs on Android 4.4.2KitKat) which is, upgradable to Android 5.0 Lollipop. This OS floats on a Quad­core 1.2 GHz Cortex­A53 and has an Adreno 306. The CPU and GPU sits in a Qualcomm MSM8916 Snapdragon 410 chipset, the equivalent of a motherboard in a smartphone it has 1 GB RAM and 8 GB of internal memory and comes with a micoSD Card slot that support up to 64 GB. 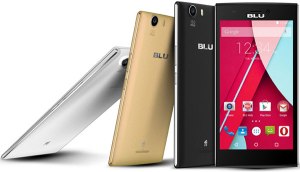